City Region and Telia: "Active use of passenger data encourage people to take the bus" 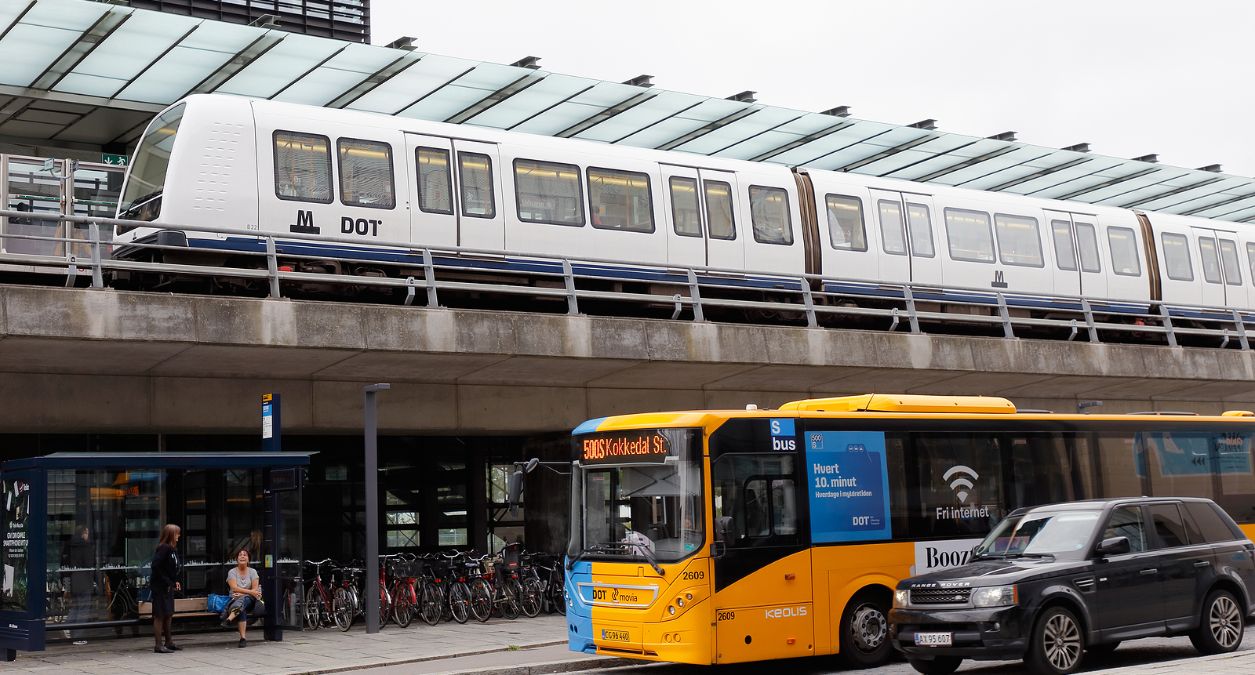 To make public transport the first mode-of-transport choice for commuters there is a need for digitalization and better use of data, writes governmental Capital Region of Denmark's Søren Kofoed Bom and Telia's Business Development Manager in Denmark, Claus Jelle. By using data, buses and trains can be better adapted, enabling shorter travel times and an easier journey for passengers anywhere in the Nordics and Baltics.

By collecting, structuring and analyzing data based on passenger behavior in public transport to a greater extent, we can enable more efficient bus and train routes and offer different options at different times of the day. Also, during rush hour, we can optimize the space on roads for buses and optimize the switching between stops and transportation options.

There are already several digital systems in the field of traffic management that can increase capacity. It does require common goals and cooperation across municipalities, the region, and the state authorities, so that there will be a comprehensive range of tasks that can benefit the commuters.

As one of the world's most digital countries, Denmark stands on a solid foundation for seizing the opportunities that come with digital development. Last year, the government therefore invited the Danish business community, professional organizations, trade associations, the National Association of Local Authorities, Danish Regions and leading experts into a new digitalization partnership, which has since come up with concrete recommendations and ideas for the future digitalization of Denmark in several areas. Among these are mobility and transport, which we hope will be part of the government's final digitalization strategy.  The goal of the strategy is for organizations in Denmark to be able to deliver digital public services which have put people first and accelerate innovation through public-private partnerships. Both in business and in the public sector, we see great potential, where digitalization is a crucial part of the solution to the great challenges of our time – also when it comes to the green transition of our daily transport and a better use of the overall transport network.

The digitalization of society is to a large extent about optimizing public transport, which can be done through anonymized data and acting in a timely manner on facts, facts based on information about traffic patterns and flows that come from several different sources. Some data is measurements over time that provide insight into trends, while other data gives insight into what is happening hera and now. For example, we can see how to arrange traffic on major roads so that bus passengers and possibly cyclists do not get stuck in traffic.

At Regional Development in the Capital Region of Denmark and at Telia, we see advantages in working with both types of data and in investigating how they complement each other so that we can get a better public transport system - based on data. This means that you can plan in real-time according to ongoing trends and optimize bus operations based on passengers' behavior. Traffic information based on real-time data and algorithms can also be used to encourage those who normally take the car to change their behavior and drive outside rush hour or even park at a commutes' facility. We can also make forecasts targeted at the commuter, which helps them decide if it’s a better choice to leave the car and instead cycle to the nearest stop or maybe take a day working from home. Anonymized and aggregated data from our mobile networks can help show where people start and end their journey, and any other stops throughout the day.  By using anonymized data, just as we know it from the Danish Smittestop app and other examples, we can put data into play and see how and when commuters travel and whether they use public transport or not. This knowledge is truly valuable, as it can open new attractive opportunities for optimizing the overall traffic network and targeting information to the commuter. The first step is to get the national digitalization strategy in place, so that public and private actors have a common starting point for collaborations that can make public transport an attractive first choice – also for those who most often take the car.

YOUR SEARCH YIELDED NO RESULTS